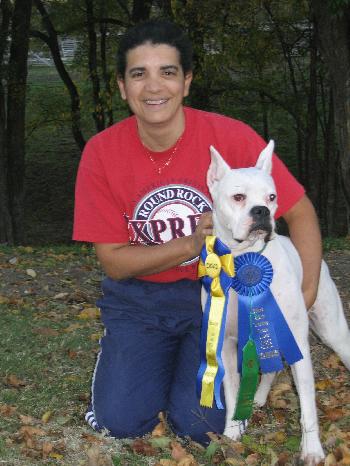 Echo
I adopted Echo from LSBR in April, 2003. She was a 1 yr old confident, energetic girl. She was a leader and a great example to her older brother and younger sister. Echo loved competing in agility trials (even though she was legally not allowed to compete since she was deaf - don't ask, don't tell!) and chasing the pool skimmer around the pool! She passed in September, 2011 from brain cancer. Echo was a once in a lifetime dog and she is missed tremendously by her family and her agility buddies.

I've attached a picture of Echo with her first AKC agility title ribbons in 2006. She continued to compete until she had earned 2 Excellent B Jumpers titles and an Excellent A Standard title.

Thank you Lone Star for bringing Echo into our lives! 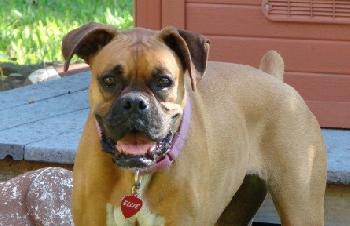 
A heart of gold stopped beating, two shining eyes at rest.
God broke our hearts to prove, He only takes the best.
God knows you had to leave us but you did not go alone.
For part of us went with you the day he took you home.


Our precious little Ellie (LSBR Roxy) crossed over the bridge November 29, 2010 at the age of 5 ½ short years. She came to us afraid and did not know how to play but left this world trusting and chasing squirrels with her sister and brothers. Ellie loved everyone she met either animal or human. She may have been little but her big heart claimed every one of ours. Ellie is dearly missed by the lives she touched with her beautiful eyes and gentle soul.

We love you our little Miss Ellie girl. You were a blessing to each and every one of us!