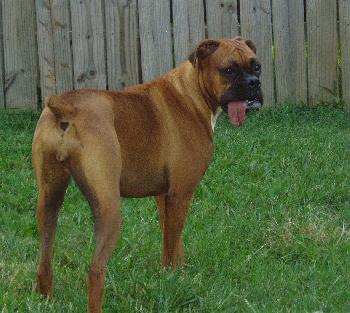 Karma
As unexpectedly as she came into our lives, our Karma left us as quickly. We weren’t ready to say good-bye at only four and a half years old. If I’d have known it was the last morning I would see her, I’d have given her at least one more kiss. I am grateful that we had the years together. I am happy that she was a good sister to her fur brother and sister, Jackson and Summer. I am appreciative that she was a good sister to her skin brothers and sister; Kali, Zach and Grant. Of our three dog babies, she was by far the easiest. Her passing has left an emptiness in our house. Karma, we love you. We’ll see you on the bridge. --- The Davis Family 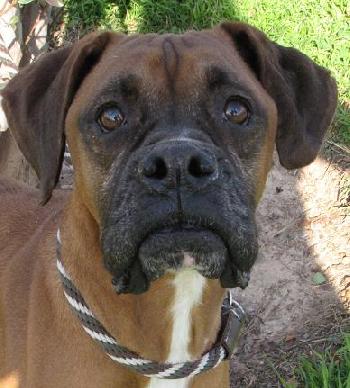 Keegan
We only knew you a short time but it didn't take long to fall in love with you! Your soulful eyes were trying to tell us of your discomfort and despite your loving demeanor, you were in pain and struggling with each breath. We are so thankful for knowing you! Run free in peaceful bliss sweet Keegan! Your friends at LSBR 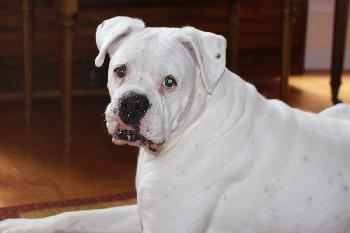 Keller
Keller was a spiritual, "once in a lifetime" dog, inspiring all those he met to love more, be more and give more. 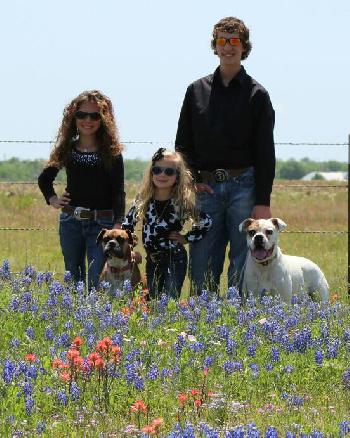 Keystone (formerly Patton)
Our Keystone (aka Patton, white boxer) recently lost his battle with cancer. We only had had him for 2 years but he was a member of our family. Keystone had a horrible past but was nothing more than a gentle giant in our home. All he ever wanted was to be loved on and to snuggle up in our lap... even though he weighed almost 90 lbs. We are thankful to have loved & been loved by this special boy. Thank yall for doing what yall do & making sure this once abused dog had the opportunity to live out his last 2 years being completely pampered & spoiled as he so deserved! He will be greatly missed! The Bradley Family 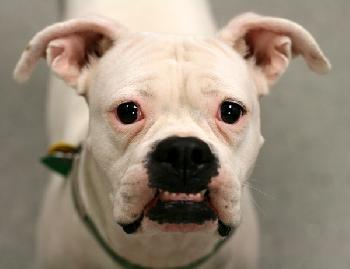 Kira
This morning, with a very heavy and sad heart, I said goodbye to my sweet baby girl. She was full of cancer, loosing her strength, and would not eat. Her body, eyes, and mouth were yellow from jaundice, as the lymphoma had affected her liver. She came to BAPA in late January, 2009 with nine sweet puppies and we all fell in love at first sight. My true "foster failure" as she only came home to recover from a hard spay and go through heartworm treatment. Yea, right. That was March 18 last year and she has brought so much love and laughter to our home. She lost so much weight and was even having a hard time walking very far and would not stand for very long. She gave kisses all the way to the end and as Kim and Katie helped her to Rainbow Bridge, her little nub was wagging as she slipped away from me. She was the best gril, and I will miss her so much.